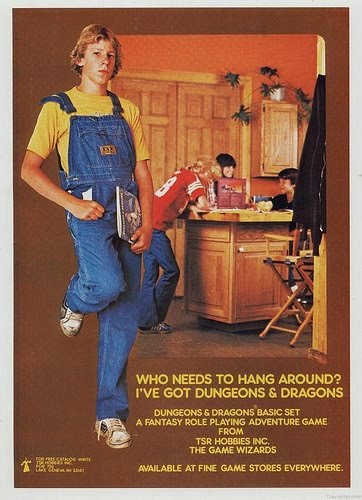 I've done a similar post fairly recently, but this is my more up-to-date version!

- I use Castles & Crusades as the basis for the rules.
- All Target Numbers start at 15. No Primes and Non-Primes at 12 or 18 and levels are not added to rolls. With each level gained, the TN goes down by 1 (Replacing the 'Level as bonus' method). Modifiers to rolls and/or TN otherwise apply the same way as written. (I still have not decided at what point the TN stops dropping, probably somewhere between 4 to 2. My players are far from being there yet anyway.)
- I will not be using the rule from 'Castles & Crusades' where a monster's number of HD becomes a penalty to Saving Throws. If I include a monster with an attack that players have to save against with a penalty, I will consider it a monster of higher HD than it is for the purposes of handing out XP for killing it, as per the guidelines in 'Crypts & Things'.
- To compensate for the lack of Primes, Humans gain a +10% bonus to XP. (I grabbed the idea from Basic Fantasy Roleplaying.) Half-Elves raised by Humans gain +5% as a bonus to XP.
- I use the encumbrance rules from Lamentations of the Flame Princess.
- For the Wizards and Illusionists, I use the spellcasting rules from Lamentations of the Flame Princess (except for the time it takes to prepare spells each day) but use the spell list from Castles & Crusades as the 'default' spell list. That said, I freely grab spells from all over the OSR and OGL.
- For the Barbarian class, the version from Tales of the Grotesque and Dungeonesque is used instead.
- Experience Points: 1 GP = 1 XP if it's successfully brought back to civilization (as in LotFP), XP for Monsters from Crypts & Things (The main rule for monster XP, not the optional one I thought of using in my previous house rules post, although I am using those for a limited time during a gladiator-themed adventure. Seems appropriate.), XP for Traps as in Machinations of the Space Princess, Story and RP XP rewards from Castles & Crusades.
- Class Skills are rolled at +3 and any class can attempt any skill as in Crypts & Things. That said, I've added that skills that are not Class Skills are rolled at -3. (Ironically, we end up with a modifier difference of 6, the same difference Castles & Crusades normally has between Primes and Non-Primes! Just a fun fact.  -If you're a total geek like me.-)
- I have decided not to use Class-and-a-Half but I apply some of its rules to Multi-Classed characters:

- Wizards and Illusionists with an armor proficient class can cast in armor but their armor's AC bonus also becomes a save bonus for the target's Saving Throw. (Magical bonuses on an armor do not apply to this.)
- I use the Class-and-a-Half rule for Monks, Rangers, Rogues and Assassins aligned with armor proficient classes.

That's all for now! I'll also use some more specific rules from a variety of sourcebooks depending on the current adventure but the above are the main ones. I'd love some feedback from fellow players and GMs to see what you guys think.
Posted by Bruno at 21:59