I was super harsh on ICONS in my last post. While I feel that my complaints about how hard it is to find the rules within the book cannot be denied, many comments that readers left me (some from Steve Kenson, the game's author) have made me realize that my players and I might not have been using the system to its full potential.

I believe I should have waited one more game or two before announcing such a strong opinion, but if anything that post is still good as a 'first impression', or as a warning of what can happen if you go into the game without thoroughly knowing all of its tools. (I'd even go further and say that this is a game where the players better know the rules just as much as the GM!)

To be honest, seeing the author reply also made me realize that it has to suck to work on something you're passionate about for many hours, only to see someone trash it online after a single game. Don't get me wrong, if I try a game and it just doesn't work I won't shy away from saying so, but this was really a case where I hadn't done my homework enough, so to speak. (Although even then I was very open to be proven wrong, because I love the general idea of how the narrative system works.)

Does that mean all of my negative points are invalidated? I'll wait a bit before replying to that one. I was too quick in the first place to trash the game without giving it some time to see the whole picture, and the comments I read coming to its defense made a lot of sense to me, but I'll actually try them out first before jumping to more conclusions.

In my defense regarding my initial impression, searching through the rules was a frustrating experience that didn't help matters. For the next print/rules revision, I beg the author and/or editor to include actual page numbers, not just whole chapters. If there's one thing that I still feel strongly about, is that the way it's organized now doesn't help new players enjoy the game when they have to spend many minutes looking for how one thing works and the book throws them around like a ping pong ball. Just adding page numbers would make it a much more newbie-friendly product. But that has nothing to do with the rules themselves. (And again, I want to specify that the rules are mostly easy to understand, they're just hard to find.)

So I owe it to myself and to everyone who read and replied to my post to take my time, to get the rules right and run a few more games before I come up with a final opinion. (Or as final as opinions can be in social games!) I'll admit I'm now leaning towards a positive impression after reading the comments and then reading certain rules again, but I'd rather not go there just yet.

Anyway, in the spirit of good fun, I made these: 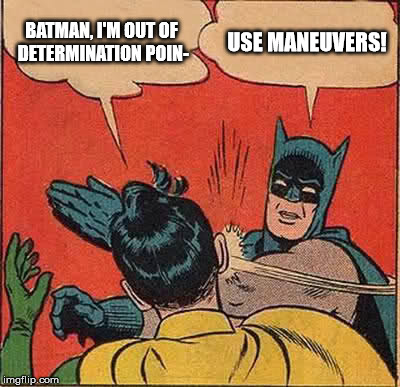 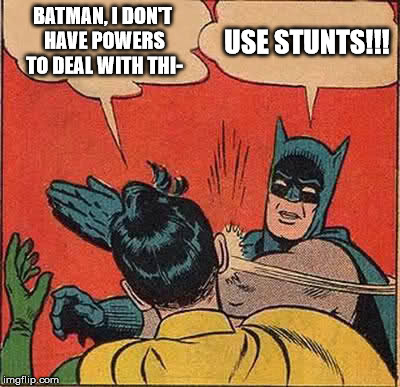 So I Finally Tried the ICONS RPG... 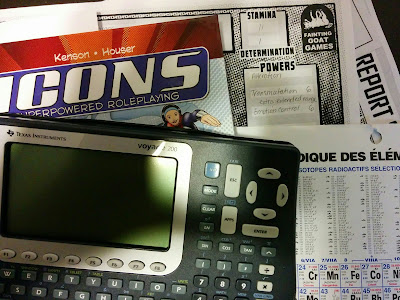 Yes, that is a graph calculator and an elements table next to the ICONS book and a character sheet. One of my players got Transmutation powers and she happens to study science. She took it very seriously to portray her powers in a scientifically accurate way... :p

I have been waiting a long time to finally run an ICONS game. I love the random character creation and the story-centric rules that are in the game, so I wish that I could come back with a glowing review; It seems to be the norm whenever I search for reviews and comments regarding this game. Sadly, the experience me and my players had was very mixed.

Before I talk about the game itself, I just want to get something out of the way: Finding rules in this book was the worst thing ever. Nothing ever gives you a page number to find a rule in, just the chapter you'll find it in, and you'll often find yourself flipping through the book in utter frustration. When you think you found your answer, you realize that the part of the book you're in discusses one aspect of whatever you were looking for, then refers you to another part of the book for the rest of the rules. And don't forget that when it refers you to another part of the book, it'll of course just give you the chapter it's in, not a page number.
To be blunt, if you're gonna get this game, don't buy a physical copy, buy the PDF. Or buy a physical copy that comes with a PDF. My friends were so eager to play the game that they got a PDF copy ahead of time and thankfully they could search for words on their tablet, which helped. (But some words come up often enough in the book where we'd often be searching for a rule all at the same time. Me on the book, one of my players on their tablet and the other on their computer!)
To be fair, the rules aren't hard to understand, especially once you accept that a lot of them are GM biased (which is entirely normal for a story-centric rules system) but I would be doing a disservice to the reader if I didn't point out they are hard to find.

Okay, with that aside. Wanna know what I've been wanting to include in a superhero game ever since I decided I wanted to run one at some point?: Ninjas. 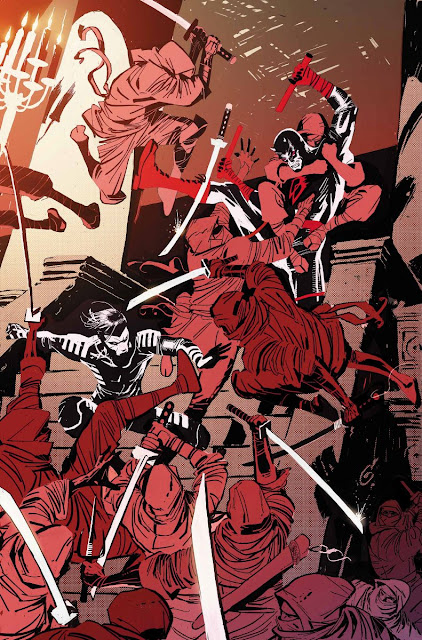 Lots and lots of ninjas.

It's a trope that just looks cool to me for some reason, heroes fighting lots of ninjas. And it led to perhaps the most frustrating moment I had as a GM running that game.
You see, none of the two players have powers related to damage resistance or super healing or anything like that. But that's fine, right? I mean, Daredevil doesn't have those either but in ICONS terms he'd have good Prowess, Coordination and Willpower scores and a few Determination points for if things go wrong, so he'd be fine. Right? Wrong. (Actually he'd be even more screwed since his powers, none of them related to fighting, would take -much needed for survival- Determination Points away from him.) It is my opinion that if you were to stat out Daredevil for ICONS and had him fight five ninjas, he wouldn't make it out alive. One of my players had just that, good Prowess, Coordination and Willpower. Around 5 or 6 in each, by the book's descriptions of the stats he was a martial arts master. (I don't remember the exact stats but he should have mopped the floor with five ninjas if the game played like a comic-book story.) And before anyone familiar with the game asks, yes I was using the Minions optional rule where lesser bad guys go down with only one hit. Even then, a fight with five non-powered ninjas almost got two superheroes killed.
For the female player, who had a character with a low Prowess score and an average Coordination score, I could have accepted it. Her strength was in her powers, not in her fighting skills. (Which was already moving away from the comic-book heroics I was expecting from the game and oddly entering 'realistic and gritty' territory regarding fights.) But for the other player, his stats as described in the ICONS book had fooled me into thinking I could treat him like a great martial artist should be treated like in a superhero comic-book. That fight was stressful when it should have been a scene where the heroes mop the floor with the minions before facing the real threat.
(Funny/Sad side-note: At first there were ten ninjas for that fight. After one of them got a character with his sword once, I decided there were only five of them after all.)
I am already thinking of ways to possibly fix that, because my players and I want to give the game a fair shot and we're willing to try another session. Right now the house rules I'm thinking of are making non-important NPCs roll d4s instead of d6s and maybe doubling the Stamina score for all PCs and important characters. I'm still pondering it. I honestly wonder if there is a rule or two I have missed that is the reason why the game didn't feel right regarding that. I guess I could be even more generous with Determination Points (Which I was already!) but then if everyone gets plenty of DPs without fear of running out, characters with less powers have nothing going for them compared to the others.

So why does it get such good reviews then? Because for the things it does wrong (Again, unless I've missed important aspects of the rules which would change everything!) it also does other things very right. The fight with the final boss was really fun and did feel like a comic-book scene. No one just traded blows, we all did interesting things during the fight. That bit was great. It's the reason why we want to give it another shot, even if perhaps a seriously house-ruled one.

And that's what I suspect happened there. People who played/ran the game probably had fights that were more often than not superheroes vs super-villains. So if a hero struggled against a super-villain, it felt right. And everyone got to go crazy with the use of powers, which is the best part of the game. I suspect none of them really bothered or even felt like putting their heroes up against regular people to realize how squishy the heroes could actually be unless they had powers that properly addressed resisting damage. I guess I could let players use the option to choose their own powers in the future for this game, but it seems to me like part of the fun in a game like this is randomly rolling your powers, plus the fact that you couldn't do someone like Daredevil justice doesn't seem right to me.

I don't mean to trash on the game, I really want to make it work at my table and I'm actually hoping someone will point me to a rule I could have gotten wrong or something. (Since things are hard to find in the book, that could be the case.) I appreciate input from anyone who has advice for running an ICONS game if they see I might have missed something here.