So we've all heard of zombie LARPs, but we can agree that this one from Spain takes it to a whole new level of insanity, as they do it in actual streets at night... It's all in Spanish but you can still get the gist of it by watching what happens.
They filmed the whole thing, then edited it and put some cinematic bits at the beginning and along the video to make it into a story that can be watched, which is also pretty cool.
Posted by Bruno at 12:35 No comments:

What the Coins Were For 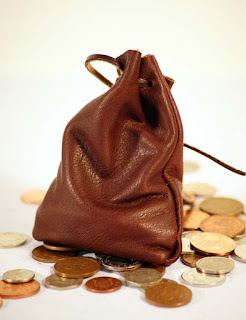 One of your players has stolen the coin purse of a random NPC. What were the coins for?

1. The coins were to pay a doctor to save a sick family member. The NPC doesn't have enough to pay the doctor a second time and the doctor is Lawful Neutral, so he won't help without being paid.

2. Why, hookers and ale, of course! This NPC spends almost all of his weekly pay in the local brothel... To the point that when the brothel owners hear he was stolen and thus could not spend it all at their establishment this week, they send thugs to go looking for the thieves!

3. The NPC was going to rip off someone with his FAKE COINS...

4. The coins were for a local charity and the NPC is well-known for giving them a lot of money... Except the NPC has a deal with the charity manager and is actually recovering the money afterwards, it is all to avoid the King's taxes!


In conclusion: Remember that the players might never learn about any of it unless it makes sense in the context of the story. Or they might just learn parts of it and react according only to the information they have, which is like a funny secret joke for the GM.