'The Tale of Rhovanor' Interlude 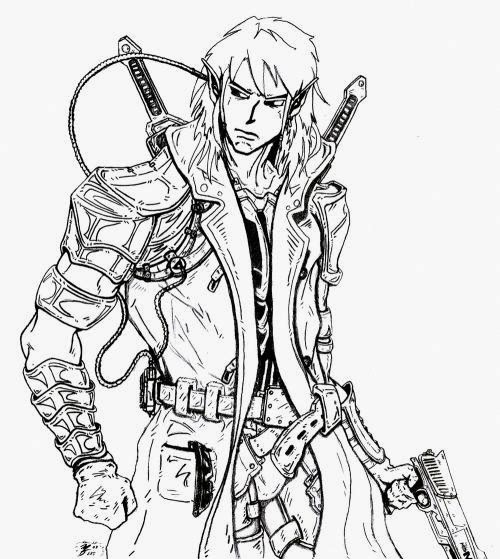 So much for posting Rhovanor's tale often as I initially claimed! I'll get back to it in the days to come... In the meantime, I thought I'd post Rhovanor's stats and tell you guys where I'm going with this game, assuming he survives long enough. (For those who are first reading about Rhovanor, he's the character in a one-DM and one-PC game I'm running for a friend.)

And now to my 'master plan'. In my campaign, elves don't age. My idea is that the character will go through many eras. He's currently in traditional medieval fantasy. But as the game goes on we'll move on to the Fantasy equivalents of...

I'll be cannibalizing the following books to serve my campaign when it comes to playing in other time periods/tech levels: Tales of the Grotesque and Dungeonesque I-III, Machinations of the Space Princess, Abnomalous Subsurface Environment Vol.1 and Mutant Future.
Posted by Bruno at 12:22 No comments: 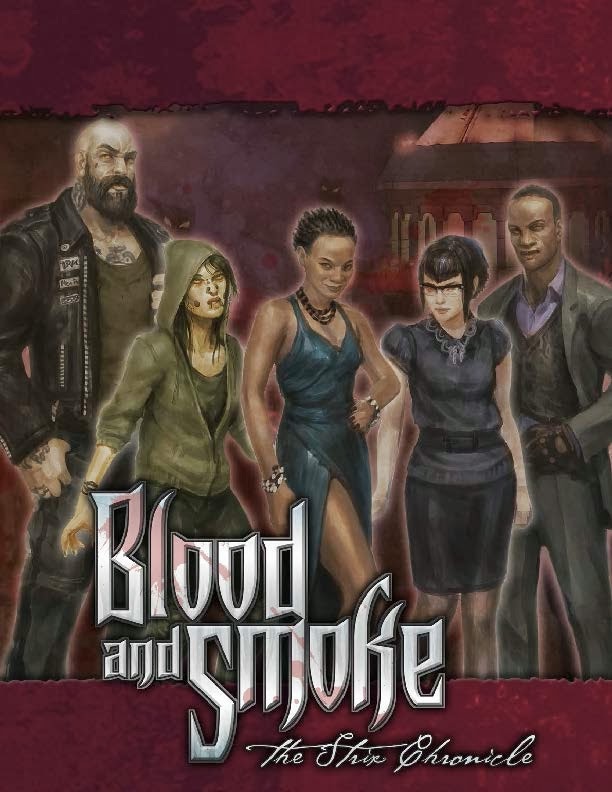 As you can see on the left, Zangief has become a vampire.

So I have no idea if this has been done before, but White Wolf has released a GM Screen for their adventure scenario 'Blood and Smoke'. (Check it out HERE)

Now, I haven't read the adventure so I have no idea how good it is and this probably isn't the first time they do something like this. Heck, for all I know another company did it before White Wolf did. (If anyone knows, feel free to comment as I'm genuinely curious.) Maybe it's been done for those adventures made for conventions or for things like Living Grehawk or Pathfinder Society? It seems like something they'd do in the era of PDFs. (Keep in mind that I'm just speculating at this point.) But honestly, this is the first time I find out about such a screen and I think it's genius.

A screen made for a specific adventure where you don't always have to flip through your book for details about the adventure, that will help you run it more smoothly.

There's many tips on the internet on how to make your own home-made GM screen. Instead of having scattered notes and constantly flipping through an adventure book to find this bit of information or that one, I think this is an elegant alternative; Make your own GM Screen for the next adventure you'll be running.
Posted by Bruno at 10:40 No comments:

Dungeons Falling from the Sky... 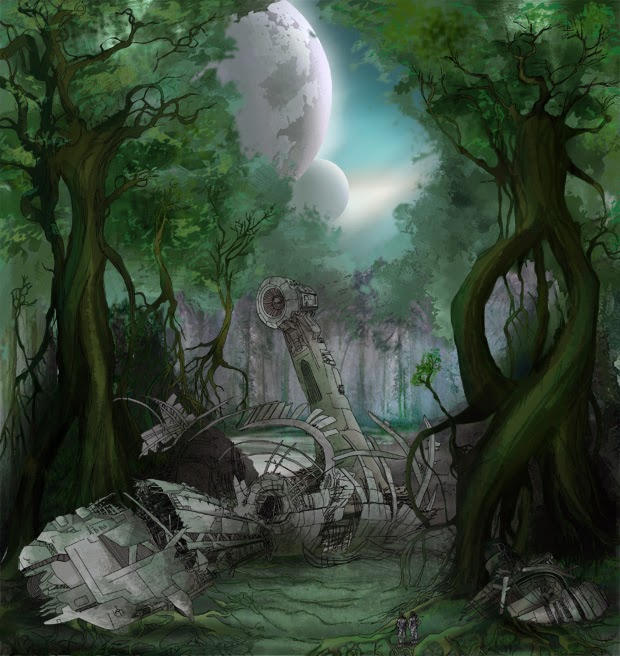 I've noticed that the OSR seems to be heading in a very Gonzo-esque direction lately. Browsing online, I can find countless dungeons that are actually fallen spaceships for your typical Fantasy characters to bravely explore. Many of them are quite good. But how many can you really insert in your campaign? How often can you really get away with it before it becomes unlikely enough to suspend disbelief? I can think of two ways. The thing that must be kept in mind is that there are two types of such sci-fi dungeons; Those that crashed on the campaign world long ago and the recently crashed. So let's go ahead with the two ideas...

1- Have a map or a NPC with information of many 'castles that fell from the sky' over the centuries. It can start with a recently crashed spaceship, which the PCs explore as they would any other dungeon. During or after said exploration, they meet someone interested in these 'fallen sky castles' with a map he's gathered over the years from rumors and travels. If they so wish, players can now go find even more alien artifacts within these mysterious 'sky castles'. Once they are asking around about these things, it's not hard for PCs to also find newly crashed ships.
If they ever get to speak with an alien who can explain it (Thanks to a Comprehend Languages spell, telepathy or because the alien stayed long enough to learn Common or any other local language), perhaps far away in space there is a black hole fairly close to a trading route, and sometimes a ship will fall through it and come out over the campaign's main planet, crashing down on the PCs' world.

2- Drop 'em all around the same place! That's right! You have a hex map of your campaign? (If not, you should.) Perfect, then grab a bunch of hexes near each other and place the ships there. Either it's from a long-ago space battle... Or one that is happening right now! No matter which one you choose, you might have to tweak some spaceship dungeons to fit with the idea that it has crashed recently, or vice-versa.
If they have crashed long-ago, I would probably recommend you go with idea #1 instead unless you want the PCs to do a few of these but don't want to make it last too long with them having to explore and search for the next ship. And idea #1 incorporates better the mix of recently crashed v.s crashed long ago, which would mean less work for the DM.
I think idea #2 is better suited for a battle that is still going on over the planet... Because it offers the possibility for the PCs to take the fight to those idiots who keep dropping those massive sky-castles over their heads!!! All it takes is a working shuttle with a coerced alien, a teleportation spell or teleportation tech somewhere, and the PCs can go fight it out in the stars!

Oh and PCs could have access to some shiny new spells too! Check out the FREE PDF of Space-Age Sorcery!
Posted by Bruno at 08:25 No comments: