I Got a Scary-Looking Dragon 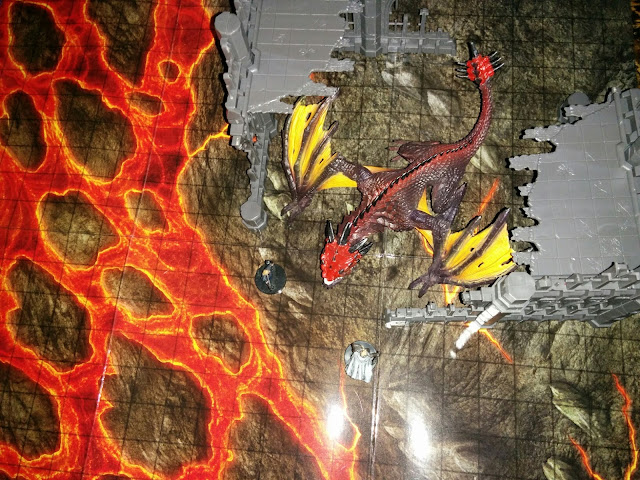 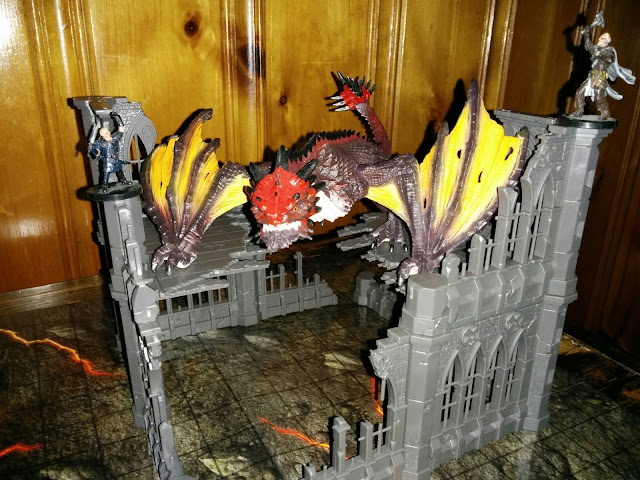 Not actual gameplay, I just wanted to check out what the dragon would look like at the gaming table!


So I got myself a badass dragon miniature the other day. It's actually a toy and not a RPG miniature but it's perfectly sized for my needs.

I like to use 3rd edition sizes as reference and this dragon is Huge. So an adult dragon then. (A friend pointed out that since the wings were not separate from the front limbs it was actually a wyvern, but whatever, wyverns are a dragon type anyway and I can come up with my own dragons if I want to! *Grumbles*)

The purist in me told me that although I could use this guy as a red dragon, that's not what it really was. So it got me to thinking about what cool special attacks it could have, and about how this dude looks scary and I want him to do creepy stuff, not just have a breath weapon that does lots of damage. Breath Weapons are a great classic, don't get me wrong, but I want my players to feel like they're going up against a MONSTER in the creepiest sense of the word. Or I guess you could say I'm trying to give the good ol' dragon a Lamentations of the Flame Princess sort of Weird Fantasy spin.

Anyway, here's a quick brainstorm of scary stuff my dragon could do. Not sure what I'll end up keeping, if anything. Feedback is appreciated.


As an addendum, the 3.5 Draconomicon stated somewhere that dragons are more similar to cats than reptiles. Cats are often kind of sadistic, playing with their prey. One thing is seeing a dragon fly over some people and fry them with his breath weapon. Another is to see the dragon flick gutted victims with his talons for fun, like a cat with a mouse.
Posted by Bruno at 19:08 No comments: