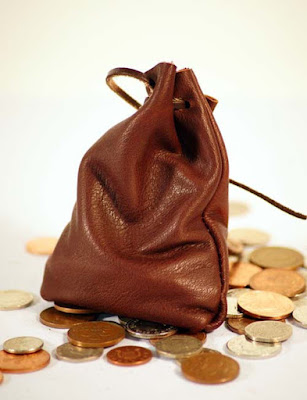 As soon as a thief-like character is not entirely good, you can bet the player of said character will sooner or later declare he's picking some pockets in a public place. It's often done in a very nonchalant way. The PC won't really think much of it, just something to make some quick gold, or even to pass the time, or look for trouble. It's what Thieves and Rogues do, right?

But what of the consequences? And I don't mean by that what about City Guards who might catch the PC, or the victim noticing and maybe putting up a fight. What if the coin purse is successfully stolen? That NPC will have less gold than expected, that has repercussions in his/her life!

Every time a PC steals a coin purse from a commoner NPC, roll a check of the percentage of your choice. If the check succeeds, it turns out the victim was on his way to find a doctor to save his dying child. The doctor (magical or otherwise) is Lawful Neutral and will not be swayed by the fact that a child is dying, he will only get involved if he's paid for his troubles. There is no way for the victim to make enough coin again before it's too late for the child. (The child could have 1d4 days left, up to you.)

Do the PCs even hear of this? And if they do, do they hear about it in time to do something about it should they wish to? Hey, it's your game, not mine. But the death of a child might certainly make even the most chaotic of Chaotic Neutrals reconsider their life choices, and all that without shoving a mandatory fight scene as the only possible outcome to pick-pocketing.

As a side-note, I'll soon post a random table for 'What the Coins Were For'. I just wanted to showcase this specific outcome first, because it feels like GMs will often try to punish Thieves with violence instead of making them face the consequence of their actions. (Which also gives the Thief some great opportunities for role-playing and/or character development instead of a random fight with an under-geared and under-leveled NPC. Even if the PCs decide not to do anything about it afterwards, that's a very serious life decision right there if they just let a child die.)
Posted by Bruno at 19:29 No comments:

Inspiration Is All Around You

Here's a little exercise in creativity that should also help you prepare your next games. During preparation time, instead of browsing countless books and taking notes the good old way, let's try something more chaotic. Admittedly this works better in the city because by default there's more stuff surrounding you, but it should work anywhere given enough time and imagination.
You'll still need to take notes in some way or another, I recommend a camera/cell phone but there's no reason why you can't write it down or simply take mental notes of what you see if you have a good memory.
O.k, enough set-up.
Go outside and take pictures (or notes) of anything that even remotely reminds you of the game you're running. So for example if you're running D&D, take pictures of anything Fantasy-related.

Here are the pictures I collected, taken from trucks, graffiti, store windows and a liquor store: 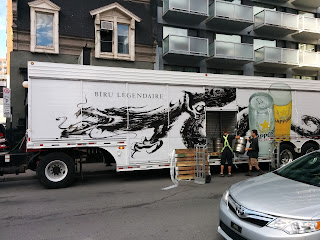 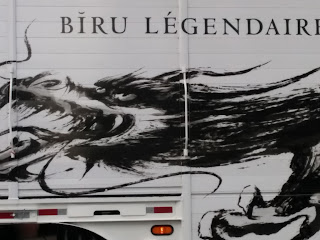 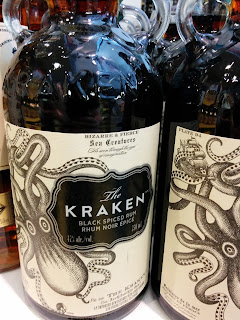 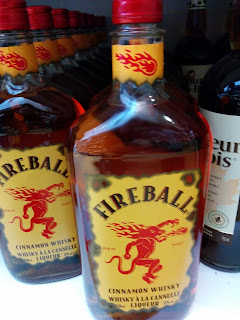 Just by the title I'd say I'd include a Magic-User, but that's a demon.
So a fireball-spewing demon. 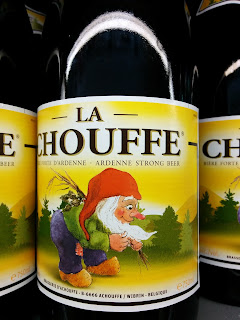 A Gnome, sure.
He's looking at the ground, so let's say he's Tracking.
A Ranger. 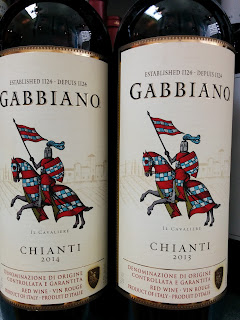 A knight. No wait, two in a row, knights.
Two knights. 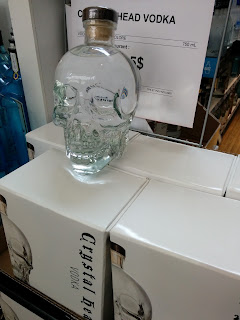 A skull of some important significance?
An undead? A representation of a poisoned bottle? 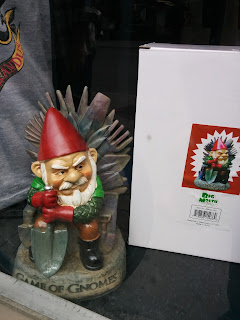 As this parodies Game of Thrones, I could have almost decided not to use it.
Too obvious. But this is a Gnome KING.
I'll be using that instead of anything GoT-related. 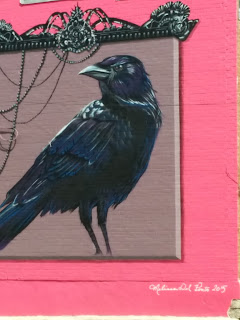 A raven. So much for avoiding GoT influences.

So now that I have my chaotic collection of inspirational material... I have to use it all!
This is what I came up with:

A Gnome King has witnessed a Demon Imp turn into a raven within the King's domain and fly off with the skull of his grandfather, stolen from its resting place. The Gnome King sends his best Ranger after the Demon Imp, fearing the blackest of magics and overall insulted at the desecration of his grandfather's tomb. The Ranger initially had a squad with him, but they were all killed during an ambush set up by two corrupted Human Knights (brothers) hired by the Imp. (The Imp mostly watched the fight from the branch of a tree while spouting orders at the Knights and the occasional Fireballs at the Gnomes!) The Knights are very competent and take full advantage of their riding skills when they have enough room. They did seem in a hurry though, which is why they left the Gnome Ranger for dead instead of taking the time to confirm their kill.
Following the tracks to a human city with a port, the Gnome Ranger learned that the knights left for a boat heading to the Asian continent of your setting of choice. Having no time to wait for back-up from other Gnomes, he sends a message to his King to keep him updated and hires the Player Characters to help him.
From there they all take a boat heading for the same place as the Imp and the two Knights. On the way they fight a Kraken, of course. Once they all reach the Asian continent, they face off against the Imp and the two Knights, as well as the evil mastermind behind it all, an Oriental Dragon!
(Quick reason off the top of my head, the grandfather of the Gnome King was part of a group of adventurers who once showed up in the same land the dragon lives in and thwarted his plans. It took the dragon many decades to find out the identities of all the adventurers involved and in the case of the Gnome, since the original adventurer was already dead, the dragon decided to settle for his closest living relative. The skull would have been used to curse the bloodline.)

Feel free to comment on this idea of preparing games and/or to share your own story based on those pics!