Belle's XP Gains in 'The Beauty and The Beast' 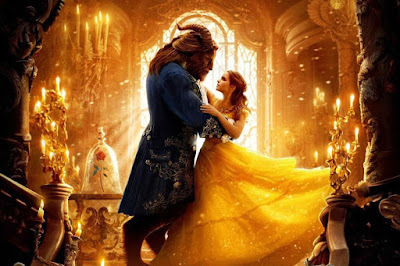 The beginning of Belle's journey into the Beast's castle somewhat reminded me of a dungeon run, which got me to thinking of 'Beauty and the Beast' in D&D terms. And let me say, per classic 'XP for treasure and magic items' rules, Belle got lots for the short amount of time her campaign lasted! (As a side-note, I am using the 2017 movie as reference because it's the one I've seen most recently.)

I'm (mostly) using the rules from Castles & Crusades to be precise, so let's get started.

O.k, for starters I think this is a one-PC campaign, with Belle being the only player character. I see Beast as an NPC. The way in which the PC handles the situation sort of leads Beast into being the DM's 'main' character almost. I would argue it's a game run and played between a couple. ;)

Also, Belle is a Thief/Rogue/Specialist/Whatever-you-wanna-call-that-class. She sneaks around and knows about tinkering when she's helping out her dad with his gadgets. Or you could argue she's an Alice, a class from 'A Red and Pleasant Land'. It doesn't matter in the end for the sake of this post, because both Rogues and Alices have the same XP chart. She's Level 1 at the beginning of the campaign.

O.k, for the XP gains now. First of all, this is a RP-heavy campaign, so all of the XP reward options from the book are used here. RP XP is suggested to be at 25 xp/level per game session so there's that.

Since her first mission in the story is saving her father, we could give her a small 'treasure value' for saving her dad, but since that's just a thought and not 'by-the-book', I just wanted to drop the idea out there.

Some wolves attack her as she's trying to flee the Beast's castle, they're worth about 30 XP a piece. I don't remember how many wolves were there but she has to split the XP with Beast so again it's not that much XP anyway.

O.k, this is the big one. The library scene. Beast learns she likes books and tells her that the books are hers. Remember, Beast is an NPC in this theoretical scenario. This is a treasure Belle won via Charisma and diplomacy with the monster of the dungeon, so she totally gets all of its value's worth in XP. Sure, she has to bring it back to civilization/home... But I would argue that she's been in the dungeon long enough that it is at her current home by default. I'm not gonna start trying to calculate how much the library would be worth, it's so big that even if all the books had the value of a normal book, it would take her up to Level 2 right away, and it's not more only because you can't gain more than one level per game session. She'd basically be close to Level 3 already.

Next, they use a magic item to teleport to Paris. They're using a magic item that belongs to Beast so she's not getting XP for that one, but the little rose toy she picks up and brings back with her is treasure. Now, this might bring her to Level 3 right away, depending on a few factors... First, it depends on what rules you use for when a character gains an amount of XP that would be worth many levels. Some stop the XP at halfway to the following level, which I think is the official stance for Castles & Crusades. Personally I stop the XP at 1 XP before the following level. And one could argue the emotional value put upon the object gives it much more XP worth than its GP value for the purposes of the campaign. Personally I would have her reach Level 3 at that moment, but if you're very conservative you can keep her at Level 2.

After that the next XP gain Belle gets other than RP XP is for the magic mirror, which replicates the Scrying spell at will. This is an NPC giving the item to Belle as a reward, which she brings back to civilization with her, so it counts. That's worth thousands of XP right there. It replicates a Level 4 spell and doesn't have limited charges, so maybe it's worth 5000 XP if not more. That brings her to Level 3 or Level 4, depending on how we handle surplus XP when leveling up.

I can't remember if she helps fight Gaston at the end or if she just witnesses the fight so I'm not sure if she'd get XP for that fight or not. Gaston would be a Level 2 or 3 Fighter with high scores in Strength, Dexterity and Charisma. If it wasn't for his lack of learning I would have argued he was a Bard, the way he performs his act for the town and convinces them to go hunt down the Beast! (But I guess a good old Charisma roll can also accomplish the same.)

Finally she'd get a bit of Story XP for helping break the curse on the Beast and his servants.

Since the castle is no longer cursed whatever riches she gains from marrying the Beast doesn't go into her XP anymore because it's not 'dungeon' treasure, just regular one. Which is still awesome. The campaign ends there anyway so it doesn't matter.

Stuck in the City 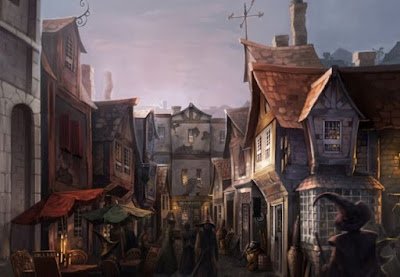 My campaign is stuck in the city of Gloomengraad.

Real life obligations from my players make it so despite the fact that pretty much every week there's a game of D&D that I run at my place, not every player can show up all the time. That has many consequences on my campaign, both good and bad. In no particular order, and mixing the good and the bad, here are the consequences I have noticed: