In defense of Magic Shops and Vorpal Swords 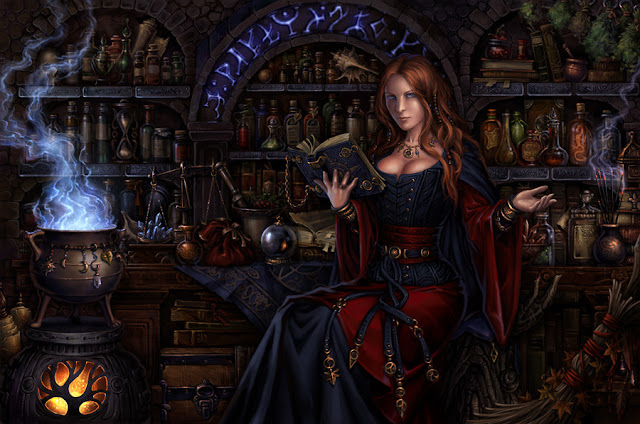 So from the comments in my previous post, it would seem that some players snob the Magic Shop and the Vorpal Sword. The latter has been accused of being 'boring'.

This is my rebuttal of those two attitudes when it comes to my own personal preferences and what I think is a world's internal logic. I think in the end it's a matter of personal taste and there is no wrong way to do it; either magic shops fit in your campaign world or they don't, either you and your players think Vorpal Swords are cool or you don't. I'm just explaining my point of view.

When it comes to magic shops, I agree it is kind of weird to expect shops to carry more than mere potions when it comes to my sensibilities, but let's apply logic here; if in your games you have NPC Magic-Users pop up at least once every five sessions (excluding monsters and the like), they are not a rare thing in your campaign world. (Unless in your story players happen to interact with the very few Magic-Users who are all in the same place for a story-specific reason, I dunno.) And everything has a price.
It is NOT far-fetched that some of them would choose to gain LOTS of gold from their skills in big cities or in small towns that see a lot of traffic from warriors, nobility, mercenaries and adventurers. It even makes lots of sense that they would be high-level, as much as some might scoff even more at the notion. A high-level Magic-User with a magic shop has found an easy way to make money without endangering oneself in dungeons all the while being able to deal with most (if not outright anyone) who might try to rob them. Many might claim a high-level Magic-User might have better things to do like study arcane research or take over kingdoms. Well, I'm sure evil Wizards try to take over stuff, that's why adventurers have to go stab them and then loot their Tower of Evil. And what better way to fund your research than by having a business that brings in lots of money? Commoners won't be able to afford what's in there so they might get only a few visits per week, if not per month, but when those visits happen they made countless gold already by selling potions and yes, magic items. (Even if I myself might have trouble coming to terms with it I cannot deny the internal logic of such a situation.) Plenty of time left for research.

If you want a good RPG book that deals in how a D&D medieval society with access to magic would behave, check out THIS ONE.

Now, on to those BORING Vorpal swords! 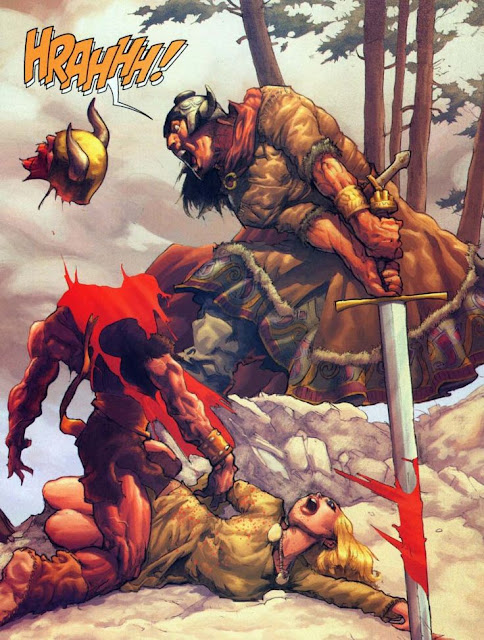 *Yawn* So boring... Not exciting at all!

Look I get it, it's easy to dismiss the notion of a +<insert numerical bonus> weapon. I myself (influenced by Lamentations of the Flame Princess' take on magic items) have often created weapons that do useful stuff but also have an interesting drawback. But that's mostly just because I like to watch my players struggle. But that's just the thing, are you really gonna tell me the Vorpal Sword is boring?

I mean, sure you can, to each their own. But as a DM with a long-running campaign I can tell you that even to this day, the excitement at the table when a 1 or a 20 comes up is still there. Players still shift in their seats, exclaim something or even stand up for a moment. Now imagine if that 20 means you decapitated a motherfucker. (So it's not just that numerical bonus btw.) How is that boring? Yes, the Vorpal Sword is simple, but to me it will never be boring. I think people mix those two things.

In many ways I believe it's because the OSR is in such a creative moment in time that we all look to subvert some old standards while also venerating the basics, so we shift from one attitude to the other regarding those standards. These days a lot of people seem to have a dislike for simple magic items, they all need to be really complex. The LotFP players who commented in my last post seemed to be behind magic items that REALLY mess with players as the norm for what magic items should be. (And if I misread your meaning, dear commenters feel free to comment again to debate me.) To which I'd point, from the start The Game had cursed items if you want to make players wary of magic, and even as someone who includes magic items with drawbacks let me tell you, if the items basically just fuck with the players all the time that's not really cooler than one who just does good stuff.

It is in my personal opinion extremely valid to have simple magic items and even ones that do just good stuff, the same way you can find cursed items that basically just mess with players. Yes I'm aware of the context of Weird in LotFP and how it has different goals, but even with that context I'd keep those points in mind personally.

I know this might be different for other groups but in my personal experience players tend to venerate magic items more from the story that's behind them and less so by their magical effects. I've seen them treat a 'boring' +X Weapon like a big deal because it had a cool visual description and they looted it from a Demon who had killed a long-time ally NPC. Killing the demon had been sweet revenge and to this day they call it 'The Demon Sword'. Not the most original name, but it's a name that came naturally between the players as they discussed it. Sure they also keep magic items that do other more interesting stuff effect-wise, but because those items were taken in less memorable ways they don't even give names to the damn things!

The story effort behind magic items has in my experience a lot more to do with how interesting a magic item ends up being than a lot of people give it credit for. And to be clear, I'm all for weird and original magic items! I just like to combine both the simple and the complex, the overall good with the overall dangerous and I think that approach has more value in the end in making magic mysterious than it being mostly always useful or mostly always fucking with you.

Another thing that makes a magic item memorable at the table is the story that it ends up telling when all the dice have stopped rolling. And decapitating your enemies is a memorable thing; They made a franchise out of it. 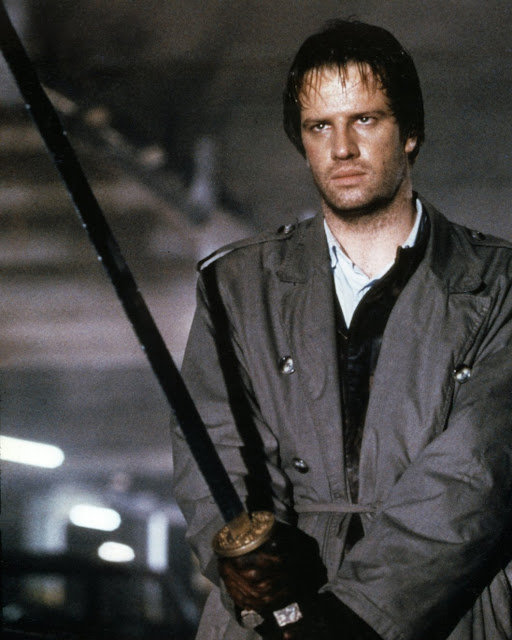 HERE'S THE LINK TO THE SONG BECAUSE IT'S STUCK IN YOUR HEAD ANYWAY NOW. YOU'RE WELCOME.
Posted by Bruno at 05:51