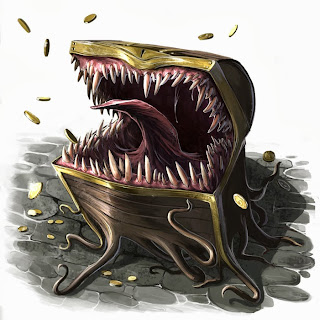 Mimics can take any shape close to their own size and it's said that bigger Mimics exist. In other words, they don't always have to be mimicking chests.

I came across the following at the hobby store I go to: 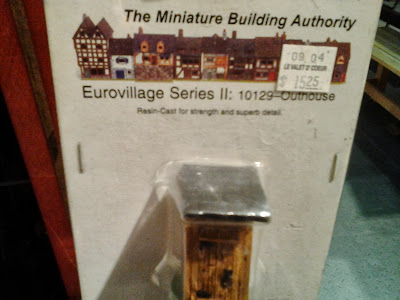 That's right, that's a miniature for an outhouse. It's also way too expensive for what it is, but I digress. So what am I getting at? Okay, you've already guessed, but just to complete the post; You could totally have a Large Mimic pretending to be an outhouse! You'd catch players off-guard for sure! (Surprised, flat-footed, etc) And it wouldn't be unfair to give this version of the Mimic the Swallow Whole ability.
Of course, you could also just have a normal-sized Mimic be the seat instead of the whole outhouse.