So I recently made a big deal out of how I was going to use Basic RolePlaying for a superhero campaign eventually. I even mentioned George R.R. Martin as an argument for the game. (It was pointed out to me that he later started using GURPS instead. I love GURPS but like I said, I don't feel like using lots of math for a superhero campaign at the moment.)
I also made a big deal out of how I wasn't interested in suggestions for other superhero systems out there since I already own so many. And yet... Icons was brought up in more than one place whenever the subject was being discussed. So I checked out their Pay what You Want PDF.
I read it without much excitement or curiosity at first, but let me tell you, the more I read, the more my opinion changed! Of all the systems I have read and/or used so far for superheroes (And I'll be the first to clarify it's certainly not all of them!) this one feels the most like a comic-book!
Even the comic-books I was reading yesterday and today from my latest pick-up at Astro Books made me realize how perfectly suited to the genre Icons is!

Here's a scene from Spider-Gwen #2: 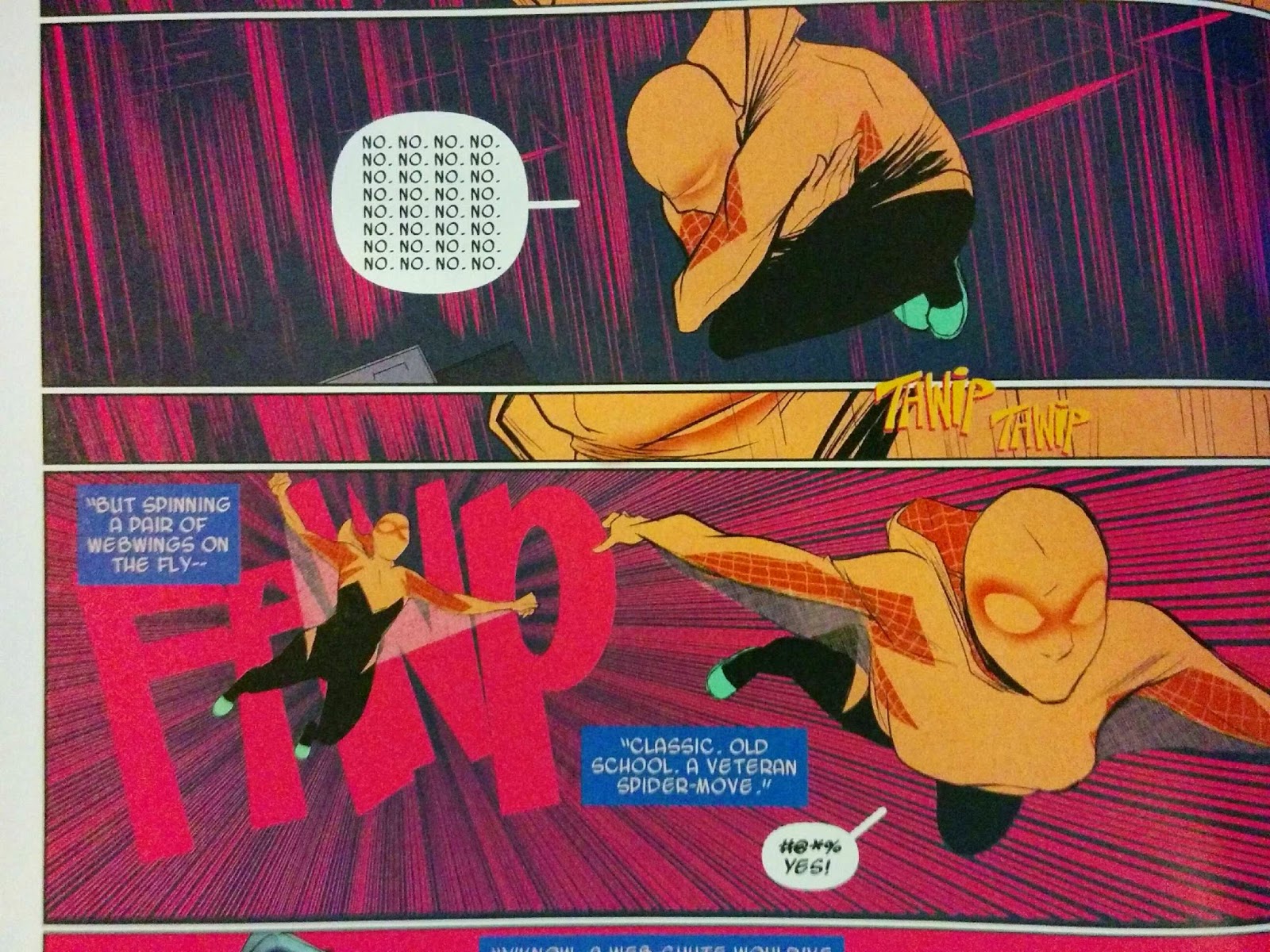 And instead of thinking "That wouldn't have worked in an RPG system because Gliding is not one of Gwen's typical powers." I went "O.k, Gwen used her Determination Points to pull a Stunt and improvise gliding web wings!"
Or another way of looking at it is that the fall should have actually killed Gwen but she burned a permanent Determination Point to survive. It's explained via the use of improvised web wings. According to the rules, a character coming back from the dead needs at least one issue of hiatus, but since Gwen is in a solo game that can't be applied, but she is still unconscious and out of commission after the fall. Plus when she wakes up she has to deal with hallucinations of Spider-Ham as a consequence of cheating death! (Which strongly reminded me of how Bat-Mite was used in Batman R.I.P but not to the point of hurting my enjoyment of the comic.) 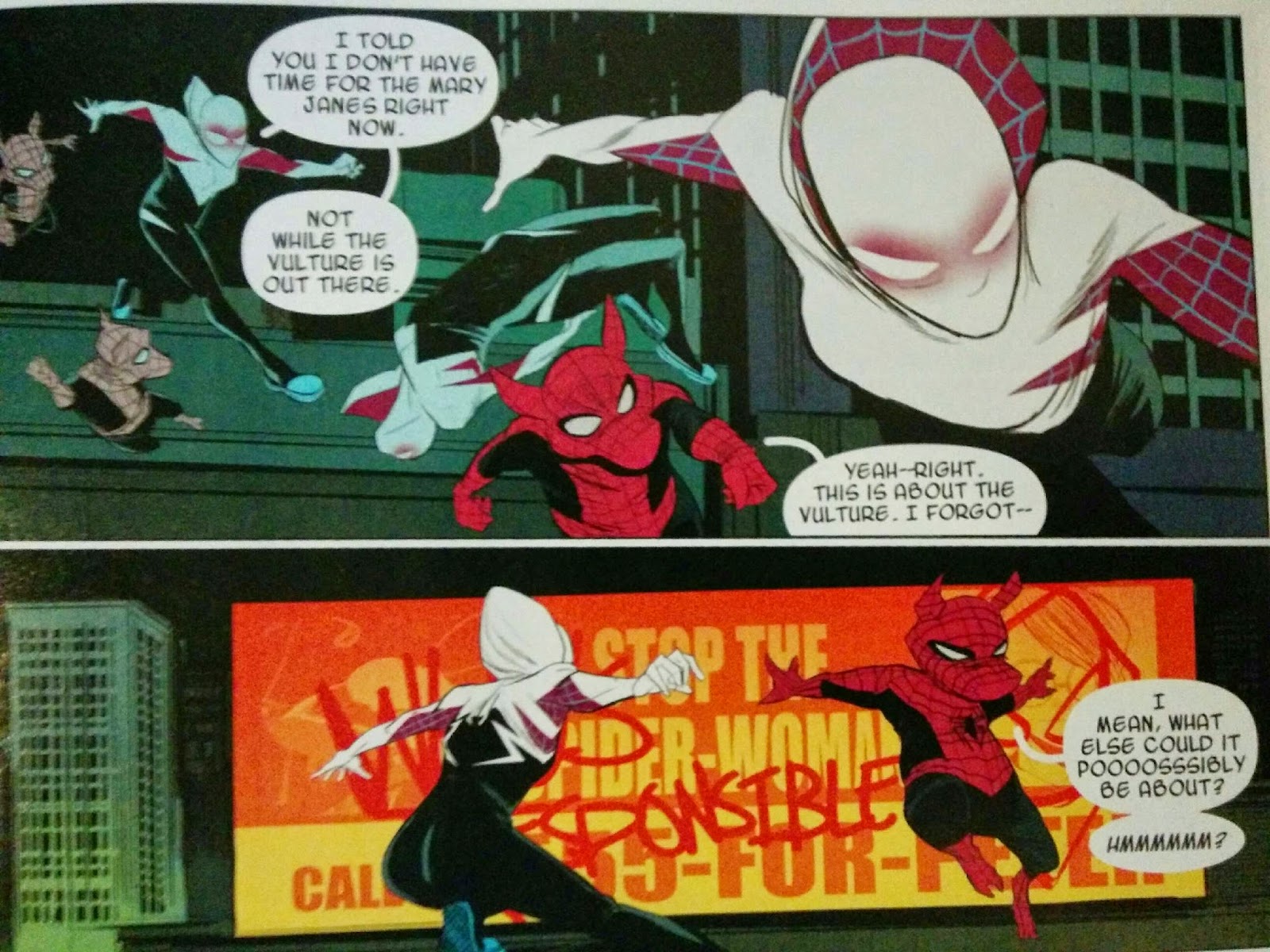 When a system for playing superhero characters naturally, without effort, comes to mind while I'm reading my comics, that system is doing something right.
I've already ordered the hardcover for Icons.
Posted by Bruno at 15:09